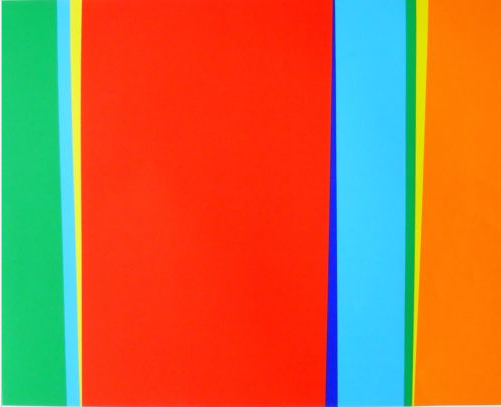 STRIPER    no art without life.
A documentary directed by Maria Rosenblum & Hilary Brougher
​
This intimate documentary examines the art and life of Jay Rosenblum, an artist killed in a cycling accident with a city bus in 1989. The film follows Jay’s surviving family and friends as they confront the sudden gentrification of their East Village neighborhood and the future of the paintings that fill the attic studio of the building  Jay and his wife, Muriel, bought in 1971. It explores the dissonance between art making as a personal experience within a family and as a commercialized product. At the core of the story is a family struggling to care for each other -- years after a profound loss.  The film is co-directed by filmmakers Maria Rosenblum & Hilary Brougher. Maria is also Jay's younger daughter.


The film is in production